Library and Curbside Pickup hours are: Monday–Thursday 11 AM–7 PM @Nichols, 9 AM–8 PM @All Other Locations | Friday & Saturday 9 AM–5 PM @All Locations | Sunday 1–5 PM @Ridgway Memorial Only

January 27th—the anniversary of the liberation of Auschwitz-Birkenau—is designated by the United Nations General Assembly as International Holocaust Remembrance Day.

On this annual day of commemoration, nations and individuals are encouraged to honor the six million Jewish victims of the Holocaust and the millions of other victims of Nazism. The same UN resolution supports the development of educational programs to remember the Holocaust and to prevent further genocide.

In observance of this important anniversary, we are sharing a few of our favorite stories that help ensure we never forget.

I’ve read this book every year since first reading it as a sophomore in high school. It is a reminder that we must speak up when we see something that is wrong; our inaction can have a much larger effect than we ever imagine. Elie survived the unimaginable and made it his life purpose to ensure it would never happen again. He shared his story that we may never forget what happened and to try to ensure it’ll never happen again. 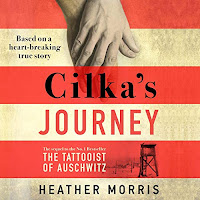 The Tattooist of Auschwitz Trilogy by Heather Morris

With each book, you become more and more involved with their stories. Although the characters overlap in the stories, the stories do not overlap; they are each their own stand-alone stories of their own individual experiences. These stories are not always easy to read, but Morris did an amazing job of making sure they are not books you want to put down. I listened to these books as audiobooks, and the narrators do an amazing job of telling their stories; you definitely do not get hung up on the narration and lose track of the book as you do in some audiobooks.
Search Library Catalog 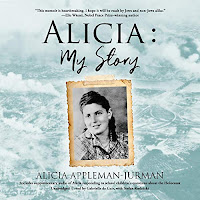 Alicia: My Story by Alicia Appleman-Jurman

This book is the compelling biography of a young teen girl’s courageous story of bravery and survival from the Nazi atrocities of the Holocaust.
Search Library Catalog

The Girls in the Attic by Marius Gabriel

A wounded German soldier of the Reich is returned home to discover that his mother is hiding two Jewish sisters in their attic. He is outraged and feels his mother is a traitor by her act of mercy.  He feels the need to turn the sisters in to the Gestapo until he starts to get to know them better and their unfortunate plight.
Search Library Catalog

The Tattooist of Auschwitz by Heather Morris

This is a heart-wrenching love story about an Auschwitz-Birkenau prison camp tattooist who falls in love with a young woman waiting in line for her prison camp tattoo. This is another hope and survival tale based on interviews the author made with the Holocaust survivor tattooist, Lale Sokolov, and the Jewish woman he was determined to marry while trying to survive the prison camp.
Search Library Catalog

The Complete Maus by Art Spiegelman

Winner of the Pulitzer Prize, this visually and emotionally rich tale of the Holocaust reimagines the author’s parents’ deportation to Auschwitz and their post-war experiences in America in a world where the Nazis are represented as cats and Jews are symbolically portrayed as mice.
Search Library Catalog

Between Shades of Gray by Ruta Sepetys

This is a truly lovely book; haunting and terribly sad because we know it is based on true events, but also inspirational. Ruta Sepetys’s writing is fluid and emotionally evocative. With a few precise words, she is able to make a powerful statement. It is never overdone or cheaply sentimental. The first sentence grabbed me, and I did not want to put this book down as Lina’s story gradually and painfully unfurled.

The novel is written in short chapters, which makes some of the atrocities described a bit easier to digest. Scenes are not truly graphic, but they are vividly and powerfully depicted. But, again, there is a thread of hope and perseverance that runs throughout, as well as a budding love story to provide balance. Also, there are flashbacks to Lina’s life in Lithuania before the deportation to provide respite and clues to explain why Lina’s family was targeted by the Soviets.
The characters, especially Lina, her mother, and a crotchety old man who is with the family on the train and at the various work camps, seemed real. Of course, several first-person accounts and interviews where included in Sepetys’s research. And the author’s own family history undoubtedly made this an intensely personal story.
Search Library Catalog