Our first staff-generated Best Books of 2017 list will be announced this Saturday, but first we’re sharing the books YOU loved over the past year. In December, we asked you to tell us your favorites from the last year, and the results are in! 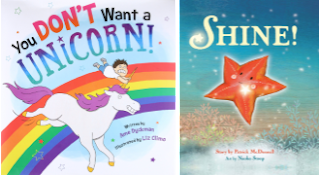 Me and Marvin Gardens by A.S. King was the top standalone pick, but series were also popular this year. We received votes for The Dark Prophecy by Rick Riordan (2nd in the Percy Jackson spin-off series The Trials of Apollo) and the American Girl series—Gabriela: Time for Change by Varian Johnson was mentioned by one voter specifically. Also getting some love was Jennifer Bell’s The Uncommoners series, which began in 2016 with The Crooked Sixpence and continued this year with The Smoking Hourglass.

The big favorite here was Becky Albertalli’s The Upside of Unrequited, a fresh, upbeat romance featuring a slightly overweight teen who has been more comfortable nursing a lengthy series of secret crushes than actually talking to a boy she likes. Then she finds herself embroiled in a love triangle (but not really) while coping with new changes to her relationship with her sister. It’s a fast-paced, enjoyable read, with just the right amount of quirk, perfect for readers who enjoy realistic fiction with smart, diverse characters and well-drawn relationships.

Patron Vote: Best Book(s) for Adults
Votes in the favorite book for adults category were a hodgepodge, including George Saunders’s multi-voiced literary tome Lincoln in the Bardo; No Middle Name, a collection of Jack Reacher stories from Lee Child; John Boyne’s coming-of-age tale The Heart’s Invisible Fury; and Katherine Arden’s spellbinding fantasy, The Bear and the Nightingale—which is also a favorite of several BCPL staff members.