Our first staff-generated Best Books of 2016 list will be announced this Saturday, but first we’re sharing the books YOU loved over the past year. In December, we asked you to tell us your favorites from the last year, and the results are in! 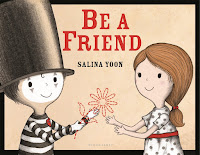 Patron Vote:
Best Book for Young Readers
We had fewer votes in this category than any other, and a couple of those had to be disqualified because they were not published in 2016. (One disqualified title, Daniel Miyares’s Float—one of our 2015 favorites—actually got multiple votes!) But when the votes were tallied, one book came out on top: Be a Friend by Salina Yoon, a lovely book about friendship and a boy who expresses his feelings through mime.

Patron Vote: Best Book(s) for
Middle-Grade Readers/Tweens
The middle-grade/tween vote came out close enough that we’re calling it a tie. One of the winners is the recent, latest installment of a highly popular series. The other is the latest from a beloved, award-winning author. In Jeff Kinney’s 11th Wimpy Kid novel, Double Down, Gregg Heffley faces parental pressures to expand his horizons beyond video games. And in Kate DiCamillo’s latest, Raymie Nightingale, ten-year-old Raymie Clarke feels the weight of her family on her shoulders as she prepares for the Little Miss Central Florida Tire pageant competition in hopes of bringing her absent father home.

Patron Vote: Best Book for Teens
Your favorite 2016 book for teens was clear. The Raven King by Maggie Stiefvater was the much-anticipated finale to a fantastic series. (We already added it—and the entire Raven Cycle series—to our Ultimate Teen Booklist.) Nothing else came close in votes, but other titles making a respectable showing include The Girl from Everywhere by Heidi Heilig and Tell Me Three Things by Julie Buxbaum. 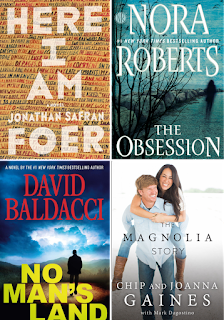 Patron Vote:
Best Book(s) for Adults
Votes in the favorite book for adults category were a hodgepodge of bestsellers, with a few lesser-known works—like Blake Pierce’s indie mystery Before He Kills—thrown in for good measure. Not only was there no clear winner, there was not a single title to receive multiple votes! However, there does seem to be a pattern to the votes that were cast: nominated titles overwhelmingly fell into the mystery, suspense, and thriller categories, including Nora Roberts’s latest romantic suspense, the new David Baldacci, Jefferson Bass’s Without Mercy, Clark and Burke’s The Sleeping Beauty Killer, and debut thriller The Couple Next Door by Shari Lapeña. Outliers include the literary saga Here I Am, westerns by William Johnstone, and the sole nominated nonfiction work, The Magnolia Story by Chip and Joanna Gaines.